Manchester United manager Jose Mourinho is pondering a shock move to reunite with West Ham striker Marko Arnautovic, claims Arab News.
Mourinho has previously ruled out signing any more forwards but the United manager may need to re-evaluate his options if Anthony Martial leaves the club this summer.
Arnautovic, who worked with Mourinho at Inter, only joined West Ham last summer, costing the east London outfit a club-record £25m fee from Stoke.
After a troubled start to life at West Ham, Arnautovic finished the season strongly following the appointment of David Moyes as manager at the start of November. 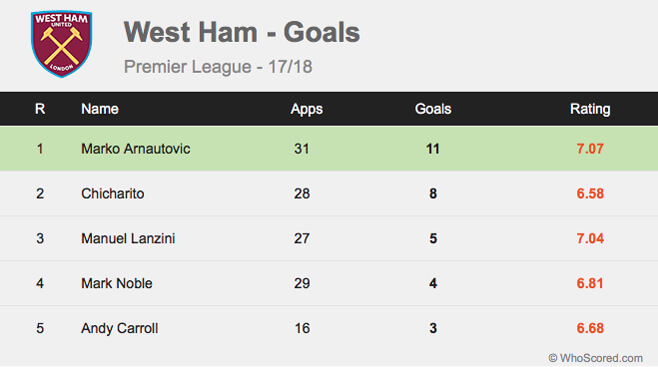 However, now West Ham may have to fend off interest from United, as Mourinho is reportedly weighing up a summer move for the Austria international.
The 29-year-old endured a mixed relationship with Mourinho during a 12-month loan spell at Inter during the 2009/10 campaign and the United manager has since described the Austrian as ‘a fantastic person with the attitude of a child’.
Arnautovic finished the season with 11 goals and six assists in the league. In fact, no West Ham player has managed more goals in a single Premier League campaign since 2005/06, when Marlon Harewood netted 14 times.