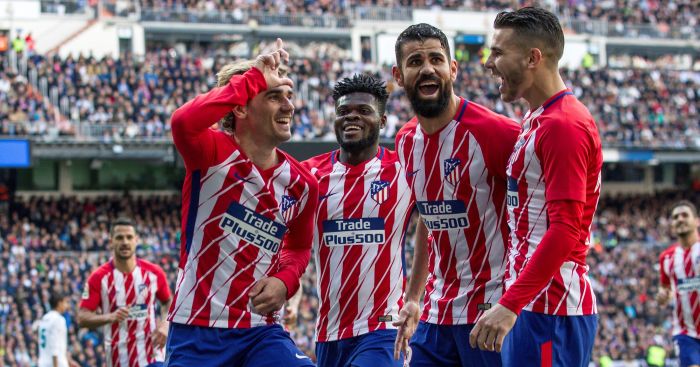 Atletico Madrid general manager Clemente Villaverde appears to have poured cold water on Manchester United and Barcelona’s chances of signing Antoine Griezmann.
Both United and Barca have been strongly tipped to sign the France attacker this summer, with Griezmann’s escape clause set to drop from €200million to €100m on July 1.
However, speaking after the Europa League draw in Nyon on Friday, during which Atletico drew Arsenal in the last four, Villaverde told Mundo Deportivo: “At the moment, all I can say is that he is an Atlético Madrid player.
The best United news direct to your Facebook timeline: Like our dedicated Manchester Utd Facebook page.
“I can only talk about facts and reality, not the future. He has a contract with us. Nobody has asked for him.
“Griezmann is an Atlético player. I do not know anything about Barcelona.”
The 27-year-old is, however, said to be favouring a new challenge and the decision on his future may well come down to whether he can convince Atletico’s hierachy to part company with him.